The Past, Present, and Future of SaaS

Software-as-a-service, also termed SaaS, isn’t exactly new, but it is quickly growing in popularity as the best way for businesses to access important applications.

You know that, but do your prospects?

If not, the information on this article may well be worth sharing with them. The real key to succeeding with your SaaS is to educate your prospects and customers regarding your product and what it can do for them every chance you get.

Most people have some type of experience with SaaS, whether or not they know the term for the applications they use practically every day. Soon, all software that supports customer relationship management (CRM) and other vital business areas will be delivered as SaaS. Today, SaaS is the blueprint for all software delivery, more so than on-premise software installation. Enterprises are looking for SaaS solutions and they’re using SaaS for an ever-growing array of services.

SaaS refers to software that’s hosted centrally online. Think of the software that you use to manage your day or automate social media - you can easily download it online and upgrade it with the push of a button. This software can serve enterprises on demand, which is much different than the long-established method of purchasing software and installing it. According to technology research company Gartner, a majority of the money spent on enterprise software will be used for SaaS as businesses upgrade, replace, or grow their current software. In 2016, Gartner predicts that 50% of all CRM software will be SaaS and that by 2025, that percentage will shoot up to 85.

The growth of SaaS doesn’t come as much of a surprise to industry experts. In 2013, Forrester put out a report called “Benchmark Your Enterprise Cloud Adoption” that showed that in 2013, eleven was the median number of SaaS applications within enterprises. They also predicted that the number would increase by 30% every year for the next two years. The reason for the rapid growth is simple: SaaS applications tend to be more reliable and more cost-affective than traditional software, while providing advanced capabilities.

Which Companies Rely on SaaS?

There are a host of well-known businesses that are supported by SaaS, including:

These brands can help customers handle core business processes, like e-mail, collaboration, CRM, human resources, document organization, and lead generation. Most companies that are creating productivity solutions rely on SaaS and a host of other types of companies do as well. Additionally, HRO, a human resources group, has found that when firms update their on-premise human resources software, it’s about 50-50 when it comes to the number of people replacing it with SaaS and those who are upgrading their software in-house. For a relatively new type of software, that’s a large percentage of people that are willing to switch over.

SaaS and the Cloud

Another reason why SaaS is so popular is because it’s considered to be the cloud service that can handle the highest amount of information, especially when compared to platform-as-a-service (PaaS) and infrastructure-as-a-service (IaaS). A report by the Cisco Cloud Index predicts that by 2019, 56% of workloads in the cloud will be SaaS. In 2014, the percentage was 45.

Another interesting component of SaaS’ relationship with the cloud is that the type of work being carried out is getting more serious. Originally, SaaS was mainly used for small test projects. People didn’t trust it with more important information. According to a 2014 survey of ten countries by Gartner, today’s SaaS projects are critical to missions. More businesses are getting comfortable using the cloud and are willing to give it more responsibility. Companies are no longer relying on the cloud just for sales force processes and e-mail, although those (and similar processes) are still made much easier thanks to SaaS applications.

Forrester feels that by 2016, enterprises will have moved an additional 15% of applications into the cloud and that companies will spend money to have SaaS replace their on-premise software rather than contribute more money to upgrading their in-house software.

Why Switch to SaaS Applications?

A lot of businesses have opted to switch to SaaS after being disappointed by faulty or failed upgrades to on-premise software. Companies would much rather have updates regularly made to their applications than wait for years for major upgrades to be made to the software, which results in complicated in-house updating and a lot of downtime. SaaS products, on the other hand, upgrade frequently and automatically without interrupting service. Frequent upgrades mean that problems are being handled and fixed quickly - you may not even notice a bug at all because the upgrades come through so fast. Enterprises get the software they need quickly and without trouble.

Not only are SaaS applications more reliable, but many are also more budget-friendly. As businesses rely on SaaS applications more and more, many of their budgets are decreasing. While certain costs are associated with SaaS, they’re quite different than those associated with traditional software. In the past, companies had to purchase IT infrastructure and licenses to operate the software. SaaS, on the other hand, charges a monthly or annual subscription. Plus, companies can scale their SaaS applications up or down as they need to. Depending upon your needs, this could cost quite a bit less in the long run.

At first, SaaS may seem more expensive than traditional software, but that’s only when the upfront cost of software is compared to the cloud subscription. When you take upgrades and customization into consideration, you end up paying less for a higher value product. Ultimately, SaaS tends to deliver a higher ROI than traditional software. Another bonus is that there are several low cost and even free SaaS applications out there.

Some businesses feel that SaaS applications are too broad to actually meet the individual needs of their distinct company. However, experts say that businesses only need a small amount of customization, mainly for the aspects of their business that set them apart from the competition. Even for companies who want to keep these customizable features on the premises with traditional software, the other 90% of processes can be handed over to SaaS. As SaaS applications get smarter, more and more customization options are added as well.

Some companies are still reluctant to adopt SaaS. Part of the problem is that they don’t trust the security or reliability of a cloud application. Plus, since there have been outages with some major suppliers, like Amazon, this can turn companies off even more. However, research has shown that SaaS is actually more secure than a lot of in-house software. Reluctance seems to have more to do with the difficulty of making such a big change rather than the actual risks associated with it. 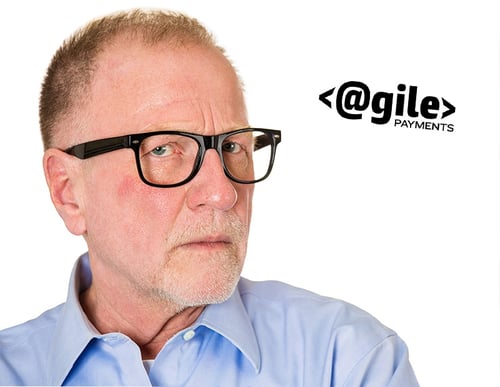 For those companies that are still on the fence, Edward Snowden hasn’t done much to calm their nerves. Snowden has publicly said that the security services of the United States are able to access data that’s stored on the servers of major technology companies, like Google and Microsoft. Snowden claims that this data can be accessed via PRISM and similar programs. This has had a profound effect on how confident individuals and companies are in the security of data stored on the cloud. Additionally, Snowden’s claimed have led the EU Court of Justice to get rid of the Safe Harbor US-EU sharing agreement that a lot of cloud applications relied on. According to Forrester, Snowden will cost vendors in the United States approximately $47 billion in sales of cloud applications.

How On-Premise Software Companies are Adapting

It’s impossible to ignore the trend that businesses are following of moving their processes into SaaS and the cloud. This has left some vendors of on-premise software wondering how they can catch up. Understandably, many of them have opted to reinvent their company. In order to stay relevant (and in business), these traditional software providers of the past have turned themselves into modern cloud-based companies.

One example is Oracle, a database company that only got completely caught up with cloud integration this past year. They’re not having the easiest go of it, taking hits when it comes to both traditional software and cloud applications. This can be greatly due to the major shift in the industry, though, and not a reflection on Oracle itself. Companies and the tech industry as a whole are in the middle of a huge change and how to keep up is still a question many have not answered.

Companies like Salesforce may have figured it out, though. The company, which prioritizes SaaS, has smaller revenues when compared to Oracle, but their earnings are rising more quickly. SAP is having success as well. Formerly an on-premise software provider, they’ve now become a cloud-first brand and, while their earnings aren’t very high yet, they are growing quickly.

Microsoft is another adopter of SaaS, now offering their Office 365 as a cloud application instead of just traditional software. Azure, Microsoft’s platform, is now available in 24 regions throughout the world. However, Azure is far behind Amazon Web Services when it comes to public cloud market share and size. On the flip side, though, when you take Amazon Web Services out of the mix, Azure is the best of what’s left. According to Forrester, Azure has twice as much revenue from its cloud platform as IBM and Oracle.

Even with the shaky shift to cloud, the most popular traditional software vendors are far from going under. They may not have the revenue they had before, but the way their revenue is jumping so quickly proves that they’ll be successful in the very near future. Plus, many companies are still spending a lot of money on on-premise software, including upgrades and support. Some are even investing in legacy systems. The combination of services being offered are keeping these companies from flailing.

The Future of SaaS

The process of software providers moving to the cloud will continue happening, as will the process of companies switching from in-house software to cloud-based SaaS applications. The phasing in of SaaS is gradual and will continue to be, but it won’t halt or even slow down. The way the two types of software can integrate is helpful, too. Companies don’t necessarily have to choose one or the other - not yet, at least. They can still integrate both types of software to find the best combination that works for their business. Ultimately, boundaries are blurring and individuals, enterprises and providers are seeing SaaS as a normal additional to business processes. 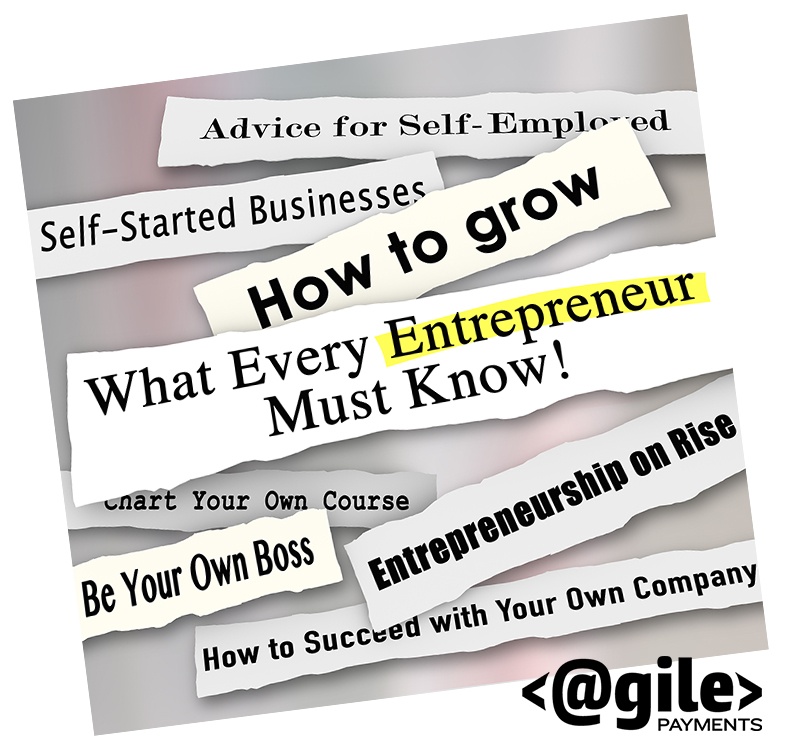 Powerful SaaS Tools That Every Startup Needs to Consider