Every good story needs to have an interesting plot full of unexpected twists and turns. Most people would be surprised to hear some of the stories that SaaS companies have gone through to get to their successful positions today.

Let's face it, what could be interesting about the business market of software? However, some of the struggles, gambles, and unforeseen circumstances told in the stories below are truly breathtaking.

If you really think about it, what's not exciting about starting up a company from scratch and turning into a successful and profitable company?

The amount of dedication it takes to make it to the top is unfathomable. That's why we decided to put together a list of the most incredible SaaS company stories for your reading pleasure.

Trello is a unique company because of their strange business strategy. Trello doesn't believe in advertising, and that may sound completely irrational to most people. However, Trello is very successful, and it's because of the company's free and easy to use service.

Trello gets its advertisement from their users. The company provides organized project boards to its users at no cost. Though the initial service is free, Trello does charge their customers for an optional Gold service.

Customers who use the Gold service pay around $50 a year with taxes included. Now, multiply that number by a few hundred thousand, and you will quickly see how Trello has become one of the most successful SaaS companies in recent year.

It may sound a bit crazy to completely disregard advertising all together, but Trello provides a quality service that people have to talk about.

Intercom was a very traditional and conventional company during its humble beginning. Intercom is a company that prides itself in connecting customers with businesses in a hassle-free way. The company might have followed a textbook strategy to reach its current level of success, but their rise to the top was anything but ordinary.

Intercom had a different approach and business plan when compared to their competitors. Rather than going after consumers, Intercom decided to go after jobs and research the hiring position that it has been assigned to fulfill. This unique strategy allowed Intercom to know the ins and outs of their assigned positions.

Customers that have used Intercom in the past were shocked at the amount of knowledge that the company's employees had. The research that was mentioned before has a direct correlation with the company's success. Only good things can come from extremely knowledgeable employees. Intercom is one of the highest rated SaaS companies out there, and it's because of their amazing customer service.

Aside from taking care of their consumers, there are also other things that make Intercom a very successful company. For example, Intercom asks questions like, "What does your company need help with?" and "What can Intercom provide that other companies can't?" These type of questions help Intercom get more information and knowledge on particular job requests.

Before each job, Intercom officials put together a strategy complete with graphic data in order to fully meet their costumer's requirements. Intercom also shows their customers how the job gets done in a short video that fully describes the entire working process.

Intercom provides a detailed page that describes price dynamics, payment options, and a CTA. Customers are usually very happy with Intercom's operation, and many new visitors are impressed with the company's structure and attention to detail. Intercom also offers trial information complete with photos and quotes to describe their services. It should also be noted that Intercom is a proud user of Google Analytics.

At the end of the day, Intercom is a company based on knowledge and strategy. Intercom's ability to plan and set forth comprehensive business strategies make it one of the best SaaS software companies available today. Businesses found Intercom to be dependable and truthful to their promises of job expertise. All of the hard work has led Intercom to the top. The company continues to expand, and each month, web traffic continues to increase for Intercom.

Another very well-known SaaS company is HipChat. The company offers group chatting, personal chats, video calling, and a filing storage system in the company's cloud. HipChat also allows their users to search through their personal message history, making it simple to view important conversations or images from the past.

Initially, HipChat was a small company based in California. At first, HipChat officials thought it was a good idea to purchase billboards along the highway for advertising purposes. However, running billboard ads proved to be far too expensive, ranging between $25,000 and $60,000 per ad. It was clear that HipChat would need another way to grow its business.

The CEO of HipChat Pete Curley had to think of new ideas on how to develop his start-up company. Mr. Curley realized that he could purchase advertising space for far less. He decided to buy unused billboards that previous buyers backed out of purchasing. Mr. Curley had a brilliant idea, and he immediately put his thought into action. He began an advertising campaign on busy highways for a fraction of the cost.

Out of pure luck, HipChat found its way onto a prime billboard advertising space in San Francisco's Bay Area. The best part about the San Francisco location was the cost. Instead of spending $60,000 for a four week advertising campaign, Mr. Curley's company bought the space for only $7,000.

HipChat received a significant boost in popularity thanks to Mr. Curley's brilliant business plan. However, the prime advertising location was not the only reason for HipChat's popularity boost. Mr. Curley placed a popular internet image along with a slogan that caught millions of people's attention. Consumers were instantly interested in HipChat after seeing a familiar internet meme in front of the company's name.

HipChat's advertisement ended up all over the internet on social media sights like Facebook, Twitter, and Instagram. Social Media is a powerful and free tool that increased the popularity of HipChat by absorbent amounts. After the sensational advertisement plan, Mr. Curley's company received a 300 percent boost in new customers and internet searches.

HipChat's quick success made it a desirable purchase for other companies. After a short time, HipChat was purchased for millions of dollars and Mr. Curley was a happy man thereafter. The hard work and business gambles paid off for all those that were involved in HipChat.

HootSuite is a company that works in the realm of social media. Just a few years ago, nobody was talking about this company. But, with a brilliant marketing plan, HootSuite turned their failing business upside down.

Capitalizing on HBO's hit series "Game Of Thrones," HootSuite created an ad similar to the opening segment of "GOT." HootSuite' gutsy advertisement paid off. Millions of people learned that HootSuite was a company that fought for its customers on the battlefield of the social media world.

Hootsuite's brave advertisement idea is the reason for their current success. Of course, the company does provide businesses with information from sites like Facebook, Twitter, and Instagram. Still, without the bold "Game of Thrones" inspired ad, many people would still be unaware of Hootsuite's services.

Expensive ads might bring in new viewers, but it will cost a pretty penny to do so. Hootsuite was in no position to be spending money on costly advertisements. Instead, the owners of HootSuite decided to put together their now famous ad by themselves. This is another example of how thinking outside the box can increase your business' popularity without spending a great deal of money.

Contently is a company that works with extremely well known companies such as American Express and Pepsi. Working with top brands is every SaaS company's ultimate goal and Contently discovered a way to do it.

Contently helps freelance writers and publishers work together in order to build up or advertise a business. Contently pays their contributors much more than the competition. Higher pay means better content from a happy writer. High-profile companies use Contently to advertise at a cheaper price.

Contently is paid a percentage of each sale. This unique marketing strategy has helped the company lure in big time investors. Contently has earned millions thanks to their dedicated and trusted service.

Zendesk is another company that used a strange marketing plan to help their company reach the top. Aside from providing excellent customer service via their company's cloud, Zendesk lured customers in with comedy.

In 2013, Zendesk decided to launch a hilarious advertisement campaign directed at younger audiences. Capitalizing, on MTV's hit show "Making the Band," Zendesk decided to produce a video much similar to the MTV hit show. The Zendesk commercial was a hit, and millions of people quickly became aware of the SaaS software company.

Zendesk's number 1 competitor even praised the company's new ad. Thus putting an end to the fierce competition between Helpscout and Zendesk. The funny part about the entire situation is that Zendesk made a fake website along with the video that saw an enormous amount of traffic. Of course, people were redirected to the real Zendesk website shortly after.

Buffer is an app that is used for keeping track of social media updates. While this company may appear to be ordinary and traditional, it's actually far from it. Instead of normal advertising, Buffer used bloggers to help spread the word about social media updates. However, people quickly became bored of the same old thing at the Buffer blog.

After the decrease in interest, officials at buffer decided to change their marketing plan. Instead of featuring blogs about the same old thing, Buffer realized that a different approach was needed, and that's when new bloggers were brought on-board to talk about interested personal stories.

The new Buffer blog featured all different types of posts. Technology, philosophy, and life hacks were just a few of the new topics that drew people in. The added interest took the company to new heights previously unreached. Buffer is now one of the top SaaS companies in the world.

All of these SaaS companies offer great services, but customers need to be enticed before jumping aboard. The same old boring advertisements aren't doing the trick anymore. It seems that human beings are more interested in things that are different and unique these days. Developing informative and interesting advertisement strategies is a must for all businesses.

However, it's not impossible to make it to the top and thinking outside of the box might just be the key. 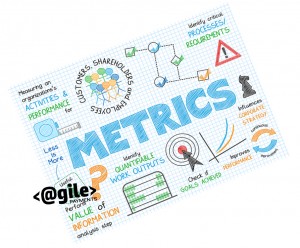 12 KPIs Your SaaS Company Should Be Tracking

19 SaaS Buzzwords You Should Know [Infographic]