UP3 fitness wristband tracker may be ready to ship. 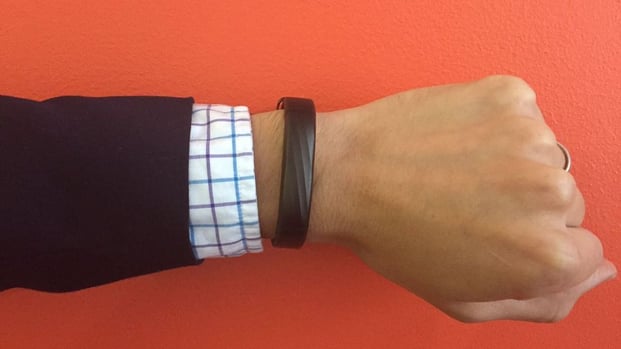 Jawbone may be gearing up to ship its UP3 fitness wristband tracker after months of delays, but in a surprising twist, the company already has two other devices up its sleeve: the UP2 and the UP4.

While the UP2 is a scaled down version of the UP3 (announced this fall) in terms of price functionality, and will replace its popular UP24 wearable, the true standout in the new announcement is the UP4 (shown above and below). The UP4 allows users who are American Express customers to make store purchases with just a tap at checkout.

The tap-to-pay feature is becoming increasingly popular for smartphones and smartwatches — think Apple Pay and Samsung Pay — but Jawbone is perhaps the first major fitness-focused wearable to take a similar path.

Consider the appeal: You've just gone for a run and left your smartphone and wallet at home. Now, you'll be able to pick up a bottle of water at the grocery store by using UP4. Not only is it cheaper than most smartwatches, it's considerably lighter and less bulky, too.

The UP4 touts an embeddable NFC chip that makes the transaction process possible. AmEx credentials are added into the existing Jawbone app. While the UP4 will feature a small contactless logo on the wristband, as seen in a rendering image below, the prototype shown in the above images doesn't include the icon for now.

Read the full post by Samantha Murphy Kelly at Mashable

Intel Pushes Payments Into The Internet Of Things